Stories from the SOC: Snake and Maze Ransomware

For the many cyberattacks that have been splashed across news stories recently, there is a good chance that a bunch of them were caused by a Snake or Maze attack. Snake gained its fame for attacking the Japanese car manufacturer, Honda in June. While later that same month Maze made headlines for reportedly hitting LG Electronics, after already attacking Xerox, and Cognizant. The hackers claim to have successfully stolen proprietary information.

Join our live webinar as we talk about the rising sophistication and success of ransomware. We’ll be addressing the recent techniques that hackers are using in their creation and deployment of their attacks, how victims have responded, do they concede to demands? And what organizations can do to keep their data out of harm’s way.

After this webinar, you will:

Please fill out the form to watch the webinar

By submitting this form, you are confirming you have read and agree to our Privacy and Cookies Policies

Steve has specialized in defining and marketing cutting edge technology solutions that solve complex cybersecurity problems for more than twelve years. His experience includes holding product management, product marketing, and solution engineering positions with leading security vendors. He is a frequent presenter at industry conferences and regularly publishes blogs aimed at providing both business and technical insights to the security community. Steve went to Texas A&M University for undergrad and earned an MBA from Pepperdine University. 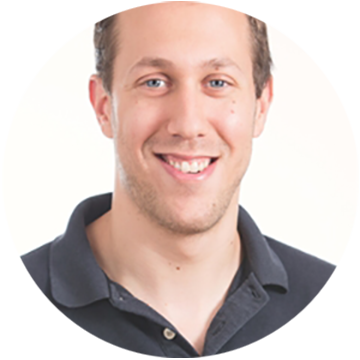 With a wealth of experience in the cyber security world, Guy is a leader in cybersecurity. For several years, he was part of an elite technological operational unit in the Intelligence department of the Israeli Defense Force, and he holds a B.Sc. in Biology and Cognitive Science from the Hebrew University in Jerusalem.